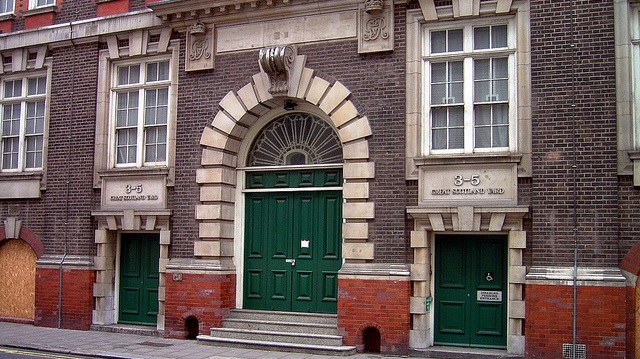 The news that the original Scotland Yard building is to be turned into a 5 star hotel, with suites of a very un-custodial kind, has raised a few eyebrows. We have seen how English Heritage buildings have been brought back to life, but to take a famous landmark property and convert it into a hotel is a project on a whole different scale.

The hotel, due to open in 2016, is to undergo a £100 million transformation from the infamous building where Jack the Ripper was investigated and Sherlock Holmes tackled many of his cases, into one of London’s most expensive places to stay.

The Great Scotland Yard building was originally chosen by Sir Robert Peel as the headquarters of the newly founded Metropolitan Police force in 1892. When the Met moved to the New Scotland Yard buildings in 1910, it became home for the British Army recruitment centre, the Royal Military Police headquarters, and most recently the Ministry of Defence.

As well as an impressive, varied occupancy history, the building has also featured prominently in some landmark events:

The Edwardian facelift the building was given in 1910 still stands today, and the plans to renovate the Grade II- Listed, 7 storey building’s 92,000 sq feet into an outstanding 5-star hotel consisting of 235 rooms, a grand entrance foyer, winter garden lounge, a restaurant, a cocktail bar, a library, a 120-seater main conference room, a ballroom and private dining rooms are ambitious to say the least.

Behind the imperial red brick and stone façade, the developers want to bring back a taste of the era when the building was the home of visiting royals and ambassadors. The interior will be a grandiose blend of state of the art technology mixed with opulent furniture and décor, and with suites being priced at around £10,000 a night, accessibility will most certainly be limited to the crème de la crème of society.

Renovating in London has its challenges, as we have seen with the Chanel building, the procedures and protocols required for such a project are on par with work on a Royal Palace. But with a stark shortage of five-star hotels in Whitehall and Westminster, the venture is too tempting to ignore.

Peter Wetherell, Managing Director of Wetherell Estates and a consultant on a number of major conversions, welcomed the announcement with the following statement:

“The government and diplomatic office buildings are more valuable as residential or hotel properties, and their sale or lease is a huge revenue generator for the government. The whole government quarter is changing.”

Stephen Conway, Chief Executive of Galliard Group, who own the site, said:

“Our vision is to create one of London’s most outstanding 5-star hotels. It really is a blue-chip building with grand architecture, a fascinating history and large dramatic interiors.”

So with the sale of the completed hotel set to reach £200 million, it’s no wonder that the Met’s current home, New Scotland yard, has also been sold to become a hotel.

So maybe Dick Tracy was wrong all those years ago when he uttered those immortal words: “Crime does not pay.”