From the unthinkable to the unmissable 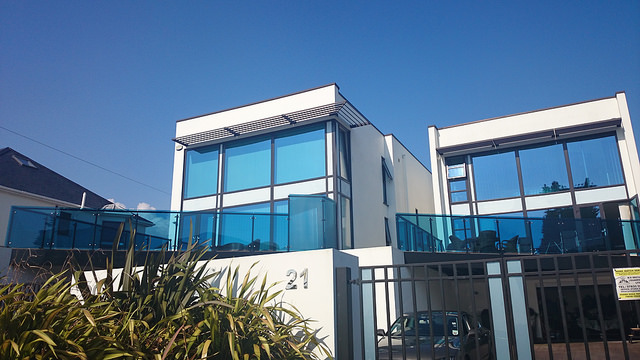 Once upon a time there were areas in the UK considered no-go zones. Shuttered shops, boarded up houses, row upon row of vacant, empty dwellings. Property in such areas couldn’t be given away, let alone sold! Then out of the mist arrived the next big boom town. Life started to filter into the houses, shops began to open their doors and neighbourhoods began to come alive.

How does an area go from being unthinkable as a place you’d want to lay down roots, to a hotspot which is unmissable to a smart, savvy property developer?

Certain areas have boomed due to jobs and lifestyle requirements, such as: commuters requiring habitats in close proximity to tube stations, students needing student accommodation close to university and college campuses and health workers desiring to be near to hospitals. However, for other areas, what has caused the turn around?

In the past few decades, Chelsea is one area of London where the property prices have soared. The Embankment development and the prestigious Chelsea Flower Show have all added to the allure of this affluent pocket of West London. To highlight the rate of growth, a property on the UK’s most expensive street, Egerton Gardens would have cost £430,000 in 1998 – today the same property would fetch a staggering £8 million!

Notting Hill Gate is a perfect example of how an area can be influenced by the media. Notting Hill Gate was a run down area until the late 1980’s, even with the vibrant Notting Hill carnival, the Portobello Market and a host of niche record shops and boutiques. The record producer Trevor Horn set up his Saarm recording studio slap-bang in the middle of the area, and made history with the infamous ‘Band Aid’ single. A few years later, Hugh Grant, a Big Blue Door and Julia Roberts’ smile added a touch of glamour to this diverse, cultural melting pot of West London. House prices rocketed and haven’t looked back since.

Harlesden was once an area you drove through with ‘windows up’ and doors locked. The area was home to the sprawling ‘Stonebridge’ council estate which was infamous for its gang culture and criminality. These days however, Harlesden is an example of perhaps the biggest rebirth of all. With the council flats replaced by houses with front drives, the criminal element has been largely removed and a new pleasant lively Harlesden has emerged. With the hub of the town being the clock tower in the shop centre, below the streets lies the interchange of the future. This is where the mighty HS2 and Crossrail will meet and no doubt push Harlesden further into the property heaven stratosphere. Detached 4-bedroomed houses already reach over the £1.1 million mark – who knows where it will end!

With Harry Ramsden’s fish finery and Emmerdale’s The Woolpack, Yorkshire has always had has its attractions, but none quite as influential on property figures as Clementhorpe. The Times voted it one of the coolest places to live, and what was once described as a ‘boring place,’ is now home to young, trendy professionals. The transformation, brought about via a number of chic cafes and a deli, coupled with the adjacent Bishopsgate Road, area has sent the property prices soaring.

Savills recently stated that: “In York, average values have increased by 4.6% over the past year, which is double the 2.3% regional average for prime property in the Midlands and North.“

In the The Kite district in the eighties, a vast area containing many Victorian houses was vacated to await the appearance of a massive shopping complex. With the abandonment of the scheme, the empty houses in the area were unsaleable, and were literally picked up for only a few pence!! Now local estate agents sell them at £150,000.

This is the Daddy of all boom towns, boasting the fourth highest land value in the world, and labelled as Britain’s Palm Beach. The properties on the coastal front rate high in luxury and splendour, with values to match. A notable property, once bought by John Lennon for his Aunt Mimi for £25,000, was renovated in 1995 and was then bought for £3.5 million. Sandbanks is a property developers’ dream with many of the seafront properties being bought for highly profitable renovation projects.

Sometimes it’s worthwhile taking a much closer look at an area as it may just have some hidden qualities.